MARCELLE MARTIN, Core Teacher
Marcelle is the author of Our Life is Love: the Quaker Spiritual Journey (Inner Light Books, 2016) and a member of Swarthmore Monthly Meeting (PA). She has led workshops at retreat centers and Quaker meetings across the United States, with 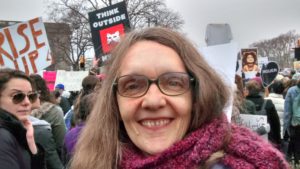 a call to help nurture the spiritual vitality and radical faithfulness of Friends and Quakerism today.  She was the resident Quaker Studies teacher at Pendle Hill for four years, and was a core teacher in the School of the Spirit program, The Way of Ministry.  She is the author of the Pendle Hill pamphlets Invitation to a Deeper Communion and Holding One Another in the Light.  In 2013 she was the Mullen Writing Fellow at Earlham School of Religion while working on her book. On her blog, A Whole Heart, she writes about spirituality today, taking inspiration from the past to help us find the courage to become all God has created us to be in our day. Visit her website at awholeheart.com. 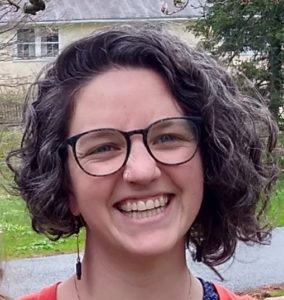 Hilary currently serves as Executive Director for Quaker Voluntary Service (QVS). She previously worked as the QVS Boston City Coordinator and for New England Yearly Meeting as the Young Adult Engagement Coordinator. In her work, Hilary has the opportunity to support young adults engaged in the never-ending questions of living an integrated life. Hilary grew up in Acton (MA) Friends Meeting and in New England Yearly Meeting, attended Oberlin College, and became a Bostonian in the fall of 2010.

Janet Hough
Janet is a member of Cobscook Meeting, NEYM Ministry & Counsel, and serves as co-clerk of Vassalboro Quarter. In her 50+ years as a Friend, Janet has lived and worked on 3 continents, and been a 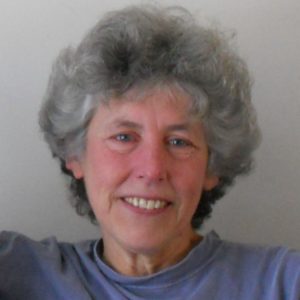 member of meetings within five different yearly meetings. She was introduced to the 21st century understanding of Quaker eldership through NYYM and FGC retreats, and grew into the practice of ‘corporate eldering’ through NYYM’s Meetings for Discernment. Janet participated in The School of the Spirit’s Way of Ministry program in 2008-2009, and will soon complete the Alcyon Center’s Contemplative Spiritual Direction Training (alcyoncenter.org). She has served as an elder and helped in the planning for many Quaker events and gatherings, including NYYM/NEYM retreats for pastors & elders, Quaker Spring, and the recent Quaker Women in Public Ministry gathering. 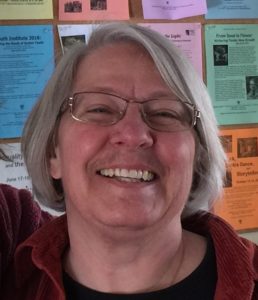 Anne is a member of New Paltz Meeting, New York Yearly Meeting (NYYM). She has traveled widely among Friends, serving both as elder and as a workshop leader. Through the NYYM Spiritual Nurture Working Group’s Tending the Garden ministry, she facilitates workshops on a wide range of topics related to Quaker spiritual life. Recently, she has been instrumental in supporting NYYM’s Young Adult Spiritual Nurture Series. She has also represented her yearly meeting on FGC’s Central Committee. Anne participated in the School of the Spirit’s Spiritual Nurturer program and then served for a time on the Board of the School of the Spirit ministry. 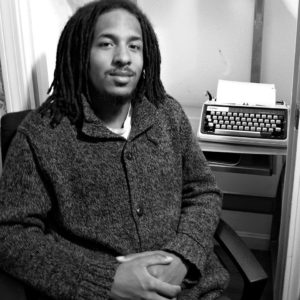 author, and activist from Amherst, MA. He is the arts and inspirations minister, choir director, and soon-to-be Pastor of his family’s church, Hope Community Church, one of only two historic black churches in the Amherst, Massachusetts area. In the Quaker community he speaks and leads workshops, as well as serving as a resource person for the NEYM high school aged youth group. He currently works as the assistant director of a local social justice based elementary after-school program and is working towards furthering his career as a public speaker, life coach, and minister. 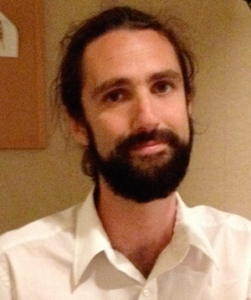 Meeting, Jay O’Hara travels among Friends with a witness for climate-change activism. In 2013 he was one of two climate activists arrested after using a lobster boat to block a delivery of 40,000 tons of coal to the Brayton Point Power Station in Somerset, Massachusetts. This action energized a protest movement that led to the closing of the station, at that time the largest coal-fired power plant in New England. He is active in New England Yearly Meeting’s Prophetic Climate Action group. With the Climate Disobedience Center, Jay continues to work with Quakers and other people of faith to deepen the spiritual underpinnings of powerful action, and to bring the influence of those underpinnings to secular activism to create transformational moments of moral clarity. He currently lives in Vermont.
↑
7ads6x98y